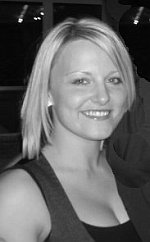 Jo started dancing and performing through gymnastics at the age of 4. She was the youngest member of the Great Britain National Squad at the age of 10, winning various competition titles throughout the UK.

As a teenager and young adult, Jo was teaching children to perform through Street Dance classes which led to creating numerous team cabarets and performances. She has a real passion for adding personality and character to all routines and has become an experienced modern jive judge.

In her early twenties, Jo found modern jive and instantly became hooked on partner dancing in various forms. In the last 10 years, Jo became one of the founders of ijig, now in its seventh successful year, and regularly teaches and performs throughout the UK and abroad with her partner and husband Mick!