All competitors should read these rules carefully prior to participating in the competition. Competitors are responsible for adhering to these rules whether they have read them or not. The Judge’s decision on all competition matters is final.

What is Modern Jive (MJ)

Modern Jive is also known as Ceroc, LeRoc, Le Jive. This list is not definitive as these are brand names but all are Modern Jive.

Definition of Teacher or Professional Dancer

The organiser’s definition of a teacher is someone who is paid or is a professional dancer. An unpaid instructor of a dance student/s on a frequent basis is also recognised as a Pro when partnering a student in the ProAM categories.

Competitors must be at least 15 years of age to participate in these Championships.

Modern Jive is above all a fun social partner dance and judges will be looking for dancing that encourages lead and follow partner dancing at its best and will consider the following in their judgment.

Please note: Competitors are not allowed to wear any form of clothing that promotes any dance organisation or dance event whilst on the dance floor. Please respect this rule.

Join the WMJC this year

Enjoy an action-packed weekend of dancing complete with warm-up, head-to-head dancing, and an extravagant awards ceremony.

A minimum of 5 Judges is required for Relative Placement, but the use of 7 or 9 Judges is recommended.

An even or odd number of Judges may be used for call‑backs in the preliminary and semi-final rounds.

An odd number of Judges are used in the finals to minimize the possibility of ties.

In the preliminary and semi-final rounds, a call‑back system is used. In this system, each Judge selects couples for call‑back to the next round, but does not rank them in any particular order.

The Scorer converts each Judge's selections into ordinals: 1 for all those selected, 2 for any alternates, and 3 for all those not selected. Contestants are then ranked according to the total number of 1s, 2s, and 3s received from the judges.

The Head Judge then determines how many individuals or couples will be promoted to the next round. The decision is based on returning close to a predetermined percent of the contestants and/or where the natural break in the rank occurs. 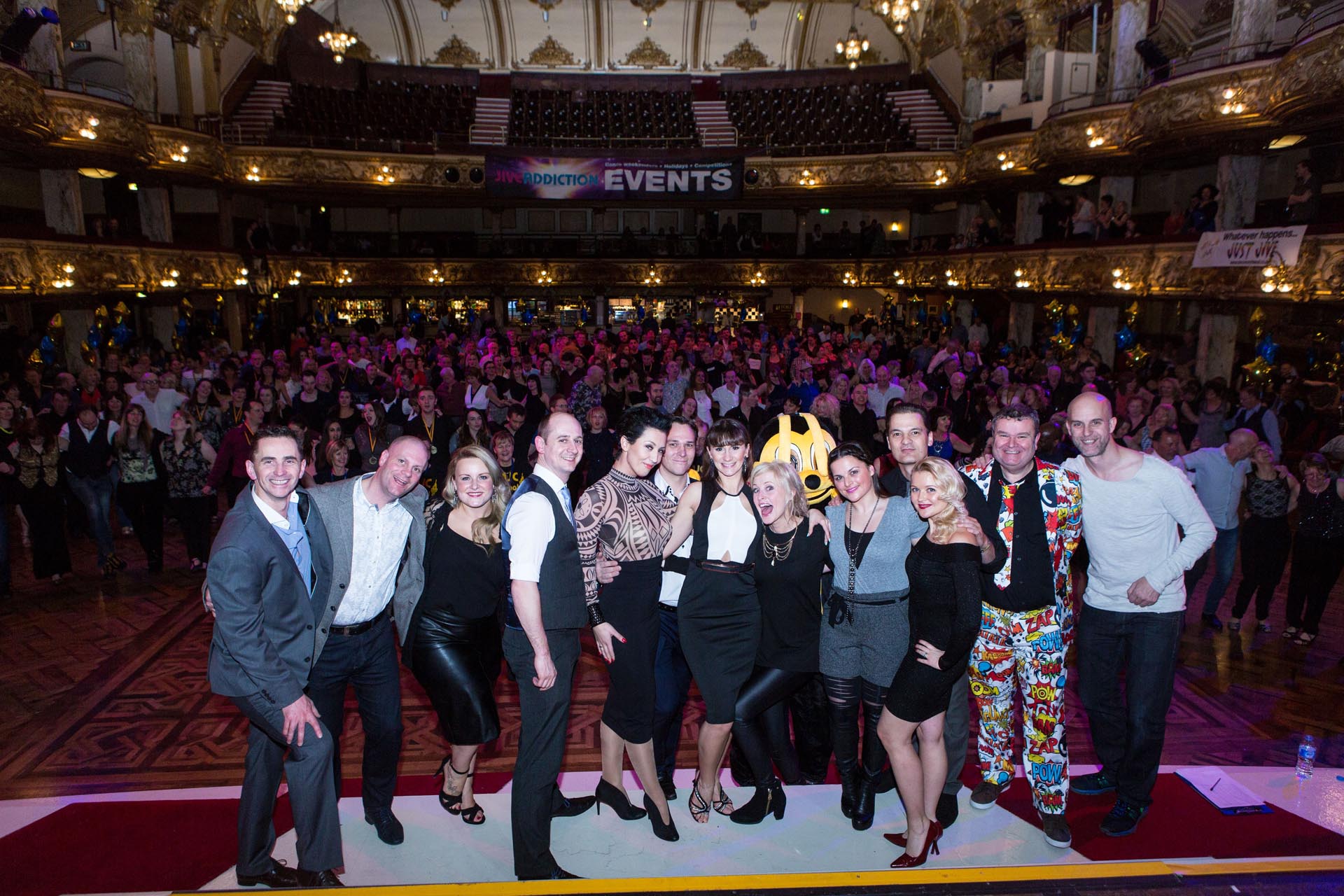 In the finals, each Judge must place every couple in rank order (1st place, 2nd place, 3rd place, etc.). In finals, the Judges will concentrate on placing the top six couples.

A couple must have a majority of Judges' votes to be awarded a final placement.

If no couple has a majority of votes, then the next placement is added to the previous placements (1st through 2nd, 1st through 3rd, etc.) until a majority is reached.

The Head Judge's scores are used only to break any remaining ties.

All competitions will be scored by an independent and impartial professional scorer who is well versed in the Relative Placement Method, and unconnected within modern jive.